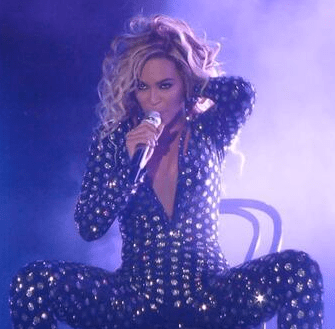 What you may not know is that, a lifetime ago, I studied psychology and sociology in college. With that in mind, I thought I’d give you a look at how to get Twitter followers using some basic psychology. These five techniques will work on any Twitter account, just adapt them for your situation and watch your Twitter follower numbers grow!

1: Images are more than just pretty pictures with your logo

What is it that people identify with more than anything else on earth? It isn’t text constricted to 140 characters or less. It isn’t cute hashtags. It’s not that blue bird. It’s people. On Twitter specifically, this comes down to pictures of faces.

To make your Twitter profile appear more human and relatable, and take advantage of human psychology get more Twitter followers, try out these tactics:

There, you’ve gone from looking like a bunch of text on a screen to looking closer to your own humanity. Did you think you’d learn how to get Twitter followers by being more human and less like something on a computer? Now you know…

2: Help them identify with you and each other

For example, how could anyone truly identify with Michael Jordan? He’s one of the most famous, and greatest, of people to have lived in our lifetime. How can you create tweets that people identify with? Here’s one:

Where it all began: Laney High School. 👻: jumpman23 pic.twitter.com/4YGLausa3j

They took the myth, the Legend, that is MJ23, Air Jordan, and reminded people he went to high school too. His fans who buy his shoes remembered those days when they too beat high school gym floors, dribbling a basketball, trying to Be Like Mike.

This tweet is a perfect example of how you can get into the minds of your followers and make them feel something that directly relates to how they see themselves. Tweeting out photos from Michael’s latest exclusive golf game? It wouldn’t get followers to retweet the way this one was, and it wouldn’t have had that moment of connection that all of us sneaker lovers have to the time when we played at our local high school gym. Reinforce the commonalities that your Twitter account has with your followers and watch your engaged numbers grow as they think to themselves “Ya, I know that feeling too!”

3: Everyone get on the bandwagon

Ok, you look human, you identify with them as humans, now you’d better be social like a human. Here is when you’ll want to start tapping into the bandwagon effect in this lesson on how to get Twitter followers.

Mention Bey and get a FREE Bey image!

You’ve already seen the bandwagon effect before in your life. The team you supported all year long suddenly has more fans than you remember come playoff time. The team started to succeed, more people identified with the team because they wanted to be seen as successful. This is why our Twitter followers service works so well. People see your account as successful, and more people follow you as a result. Bandwagon effect 101.

The bandwagon effect can also come out in your tweets. A tweet which asks people to ‘join the team,’ or ‘follow ____ to be successful too’ are using the bandwagon effect. Why do you think every musician has some some sort of “Kiss Army” nickname for their fans? Beliebers, Swifties, Directioners, the Bey hive AND the Beygency, KatyCats, and the RiRi Navy are all tapping into group instincts to get more fans as they identify with other people who say “Hey, I’m a Swiftie too!”

Here’s a guy who has more social media love than most others: Pew Die Pie, the King of YouTube. I think a large part of it is how he created a bandwagon for his fans to jump on:

This was from back when the “BroArmy” was just 300,000 subscribers strong. He now has over 36,000,000. Try and tell me that the bandwagon effect is not a good way how to get Twitter followers quickly!

So now you want to go try and see if reverse psychology works to prove me wrong, don’t you? To drop the jokes, reverse psychology certainly does work on Twitter to increase your follower count. It just plain makes people curious and creates a desire to prove those who say it wrong.

I’m not going to say here that you should use it on EVERY tweet, but you can use it every now and then to great effect on your most surprising or unusual content. Those accounts which tweet out “You won’t BELIEVE what this girl did..” headlines do this all the time to great annoyance – and success. Have a bit of fun with it, like this account did:

Slightly cheeky, but 35 retweets for an author that no one has really heard of isn’t bad. Her clicks would have been higher too – I know I clicked to see what all the suspense she was building was about!

Basic psychology is an interesting way to grow your Twitter following

Many of the ways how to get more Twitter followers that I’ve just discussed may be things you’re already doing without realising their psychological implications. Now that you’re aware, start thinking of ways that you can further refine your psychological Twitter tactics to better understand how you can motivate people to follow your account, and get those who are following your account to do the things (retweet, reply, favorite) that you’d like them to do.

You’ll soon be a thoroughly clicked, and well followed, Twitter account with a great group of followers!

How to Get Twitter Followers Using Basic Psychology in 2017